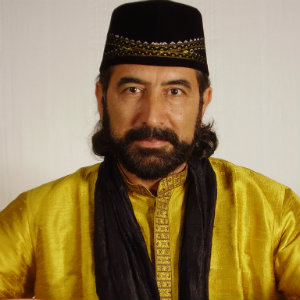 Latif Bolat is a Turkish Singer, Composer and Scholar of Turkish Music and Folklore.  Latif Bolat is a native of the Turkish Mediterranean town of Mersin. After receiving his degree in folklore and music at Gazi University in Ankara, Turkey, he taught traditional music throughout the country. He then went on to manage Ankara Halk Tiyatrosu, a musical theater company, which performed traditional musical plays. Mr.Bolat also received further degrees in Turkish History and Middle East Religion and Politics from Ankara University and an MBA from San Francisco State University.