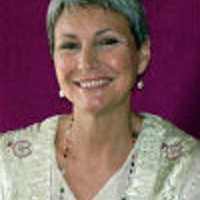 Uma was first exposed to Hindu devotional chanting in the early 1970s, while studying meditation and spiritual practices with Ram Dass and various other teachers. Kirtan was a practice that touched her deeply, and as a devotee of Neem Karoli Baba, she often participated in kirtan gatherings with fellow devotees, as well as in other ashrams and spiritual communities. For years she held kirtan in her home, and for the past dozen years or so, she has led kirtan formally in yoga studios, spiritual centers, and retreat settings. She has taught workshops and led kirtan on numerous retreats and in satsang with Ram Dass and other spiritual teachers in the U.S. and abroad.