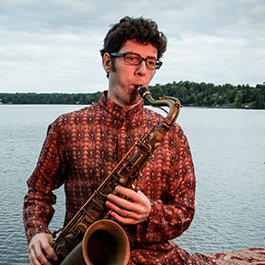 Originally from Toronto, Canada, but based in Kolkata for the past 10 years, Jonathan Kay is leading the younger generation towards a truly original and creative approach to improvisation and global music through his tenor and soprano saxophones, bora esraj (rare Indian 21-stringed bowed instrument), bansuri (Indian bamboo flute) and shakuhachi (Japanese bamboo flute). Under the guidance of his Guru, Pandit Shantanu Bhattacharyya, Jonathan has emerged as the first artist to traditionally render the full form of North Indian Raga music on his tenor and soprano saxophones, and has been recognized as an important innovator to the tradition by many of India’s maestros.