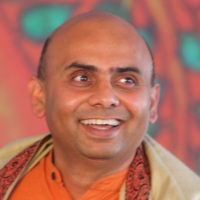 Dr. Ramkumar hails from a family steeped in the traditional practices of Ayurveda, through generations. After completing his formal Ayurveda education in 1991, he was involved in a program for strengthening the health traditions that exists in India.

From 1994 to 2003, he was the Director of the Ayurvedic Trust in Coimbatore, India, which runs a 100–bed hospital, giving purely Ayurveda treatment. During this period, the hospital was recognized by the Government of India as one of the five best Ayurveda institutions in India. He also headed the Ayushman Ayurvedic Trust team, which established the Ayurveda centers in the different Taj Hotels. He was also the executive director of Arya Vaidya Pharmacy (Cbe) one of the premier Ayurveda institutions in India.

Over the last 12 years, Dr.Ramkumar has presented lectures in America, Europe, Africa and South-East Asia on the different aspects of Ayurveda. 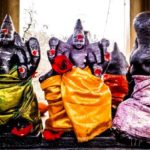 This is the 2nd Vedic Knowledge conference gathering internationally well-known Vedic teachers.  Make use of all rounded vedic wisdom to improve our quality of life. Be inspired by ayurveda, Jyotish, Vastu, tantric rituals, Yoga and Vedanta.   Enhanced Rashi Analysis using the Puranic Histories of the Nakshatras Bill…