What is Yoga? | Where did Yoga come from? | What is Classical Yoga?

“Yoga leads us from ignorance to wisdom, from weakness to strength, from disharmony to harmony, from hatred to love, from want to fullness, from limitation to infinity, from diversity to unity, from imperfection to perfection.”
– Swami Sivananda in “Bliss Divine”

On this webpage we will cover: 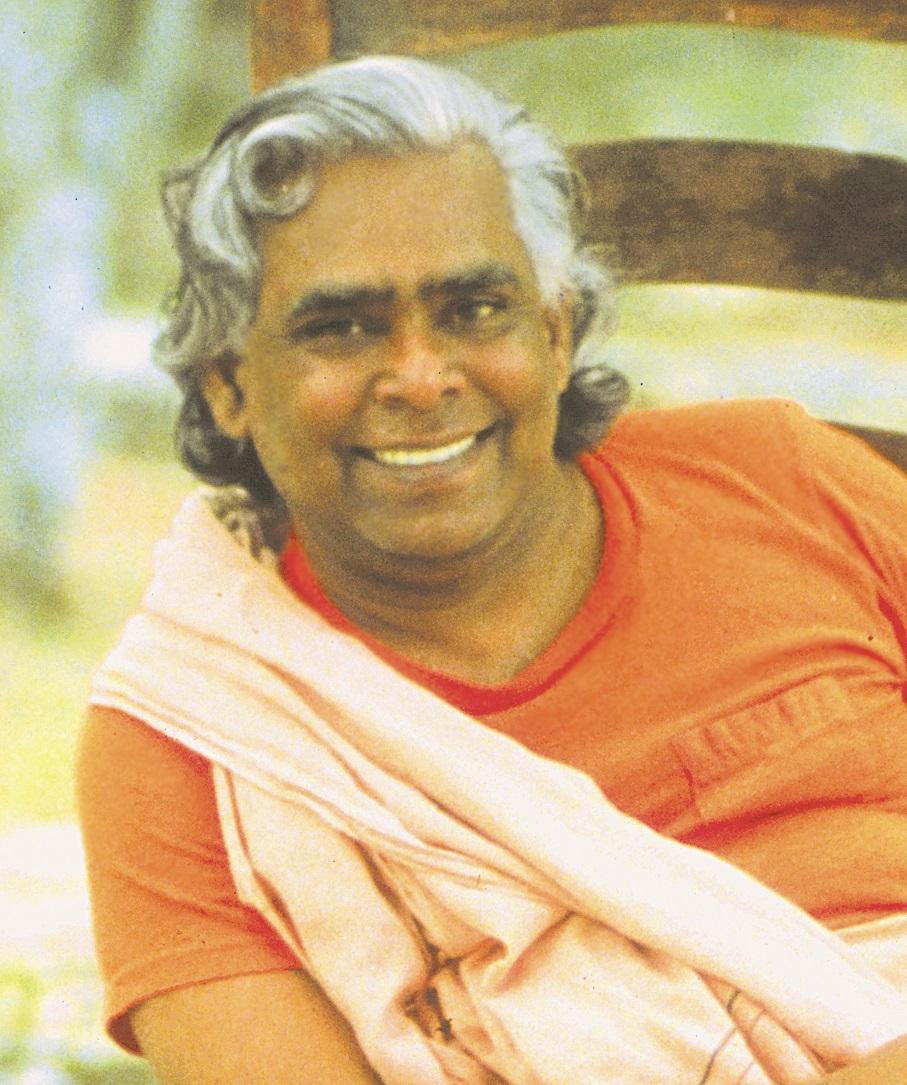 Swami Vishnudevananda is a disciple of Sivananda and brought Yoga to the West.  He lived from 1927 – 1993.

Yoga is a complete science of life that originated in India many thousands of years ago.  It is the oldest system of personal development in the world, encompassing in its scope, body, mind and spirit.

The ancient yogis had a profound understanding of man’s essential nature and of what he needs to live in harmony with himself and his environment.

They perceived the physical body as a vehicle, with the mind as the driver, the soul as man’s true identity, and action, emotion and intelligence as the three forces which pull the body-vehicle.

In order to have an integral development, these three forces must be in balance.

The underlying purpose of all the different aspects of the practice is to reunite the individual Self (the jiva) with the Absolute or pure consciousness (Brahman).  The word Yoga means literally “joining”.

Union with this unchanging reality liberates the spirit from all sense of separation, freeing it from the illusion of time, space and causation.  It is only our ignorance, our inability to discriminate between the real and the unreal, which prevents us from realizing our true nature.

Sivananda Yoga teaches the classical method of the four paths of yoga in order for the individual to experience this state of Peace and Harmony in the body, mind and spirit.  The modern Yoga approach emphasizes the physical postures while classical Yoga includes mental and spiritual components in the practice.

What Yoga is according to Swami Sivananda

To learn more about Yoga you can consider signing up for one of our Foundational Yoga courses where you learn the basics of what is yoga.

What is classical Yoga?

Classical Yoga is a system of spiritual Knowledge coming from the scriptures (the Vedas), and handed down by a lineage of teachers.  It is not coming from the creativity of one individual.

Classical Yoga is universal and not sectarian and can be practiced by all.  It is a complete system in itself, with many different facets.

It is a systematic approach, practiced over a long time, and not a quick fix.  The goal is Peace and Self-realization.

Its teaching needs to be selfless, to insure the purity of the teaching.

What is the Real purpose of Yoga?

We practice Yoga in order to evolve in life, to get success in life and Self-realization.  Yoga is not separate from life.

It is possible to integrate the practices in our daily routine using the 5 Points of Yoga, no matter our conditions in life (rich or poor, single or with family duties, old or young, healthy or ill), because everyone has spiritual potential and everyone wants to evolve.

Yoga regards the individual in its totality, as a whole, not just as a physical body, or just as an ungrounded mind, or just as a disembodied spirit.

Peace and Health happen when the individual is in harmony with him or herself, when he is able to perceive himself as one with all, and consequently his actions and feelings are governed by this realization.

What is Sivananda Yoga? Sivananda Yoga was founded by Swami Vishnudevananda who was one of the first Indian Yogis to come to the West in the year 1957.  Swamiji took the vast yogic teachings and made them accessible to the Western mind.

Swamiji first published “The Complete Illustrated Book of Yoga” in 1960 and spread the teachings of yoga around the world traveling to USA, Canada, Europe, South America, India, Israel and much more.  His main teaching is the 5 points of yoga and the 4 paths of yoga.

4 Paths of Yoga (Synthesis of Yoga)

What kind of Yoga does Swami Sivananda teach?  Swami Sivananda teaches the synthesis of yoga.  He promotes divine life by combining the practice of Karma Yoga (selfless service), Bhakti Yoga (devotional love to God), Hatha Yoga and Raja Yoga (systematic control of body, breath, and mind, culminating in meditation), and, last but not least, Jnana Yoga (or Vedanta philosophy), which is the philosophical teachings of the True Nature of the Self and of the Universe.

His teaching is summarized in his most well known slogan: “Serve, Love, Give, Purify, Meditate, Realize”

The tenets and practices of these 4 paths of Yoga are further explained in subsequent sections.

It is important to remember however that all the paths lead ultimately to the same destination – to union with Brahman or God – and the lessons of each need to be integrated if true wisdom is to be attained.

Karma Yoga – the Yoga of action – is the path chosen primarily by those of an outgoing nature.  It purifies the heart by teaching you to act selflessly, without thought of gain or reward.  By detaching yourself from the fruits of your actions and offering them up to God, you learn to sublimate the ego.

Bhakti Yoga is the path of devotion, which appeals particularly to those of an emotional nature.  The Bhakti Yogis are motivated chiefly by the power of Love and sees God as the embodiment of Love.

Through prayer, worship and ritual, he surrenders himself to God, channeling and transmuting his emotions into unconditional love or devotion.  Chanting or singing the praises of God form a substantial part of Bhakti Yoga.

Raja Yoga and Hatha Yoga is the science of physical and mental control.  It offers a comprehensive method for controlling the waves of thought by tuning our mental and physical energy into spiritual energy.

Jnana Yoga – the Yoga of Knowledge and wisdom – is the most difficult path, requiring tremendous strength of will and of intellect.  Taking the philosophy of Vedanta, the Jnana Yogi uses his intellect to enquire into his own nature, dissolving the veils of ignorance and illusion.

Before practicing Jnana Yoga, the aspirant needs to have integrated the lessons of the other yogic paths – for without selflessness and love of God, and strength of body and mind, the search for Self-realization can become mere speculation. Even though the practices of the four paths seem to be different in the beginning, they merge eventually into one and the same.  In the same manner, we may climb the mountain from different routes, one person preferring to go rock climbing, the other preferring to take it easy on a long winding road, and another preferring the middle path…but at the end all paths lead to the same mountain top.

All differences merge into the same essence.  Swami Sivananda promotes the integral approach of practicing a little of each path together in daily life, thus exercising our body, head, heart and hands together, integrally, and developing ourselves in all aspects.

Swami Sivananda asserts that we cannot practice any single path of Yoga in isolation.  The truth revealed here is that each branch of Yoga involves all the others.

For example, there is no Karma Yoga without the right attitude which comes from Bhakti.  With the right attitude, whatever work we do can be transmuted into Karma Yoga.  We must integrate all the paths of Yoga, pulling the best from each and integrating them into a personal practice.

Celebrations to Swami Vishudevananda 60th year of work in the world (1957 – 2017) Swami Sivananda send Swami Vishnu to the West in 1957 with 10 rupees and the words “People are Waiting”. With that Swami Vishnu started the entire International Sivananda Yoga Organization that now has 11 ashrams and more then 30 centers around the world and trained more than 45,000 Yoga Teachers to bring Peace into this chaotic world.